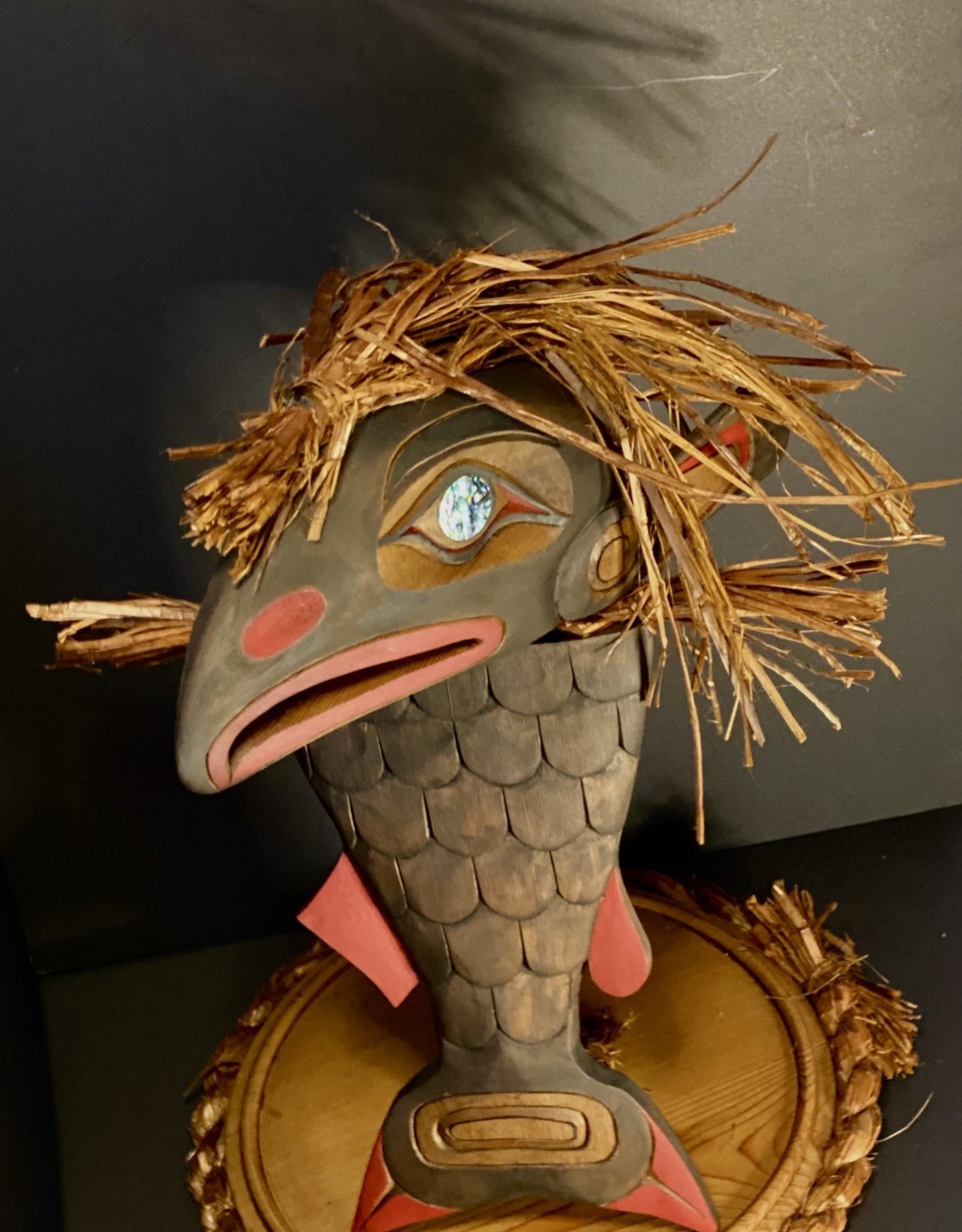 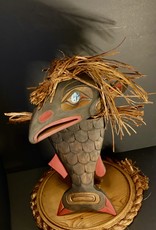 Carver: Mark Mickey
Hesquiaht
Pot-latch mask (eagle head) was meant to be worn while the fish tail paddle would be used as a drum and thumping during the ceremony.
A classical pot-latch was a formal, predictable affair which celebrated an important event: a marriage, the rising of a totem pole, the ceremony in which the heir to a social position claimed his inheritance. 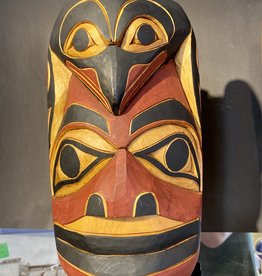 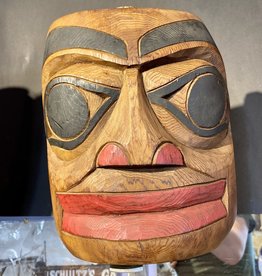 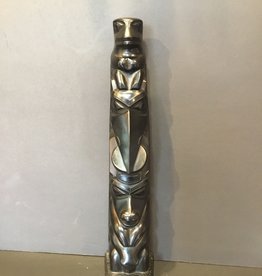 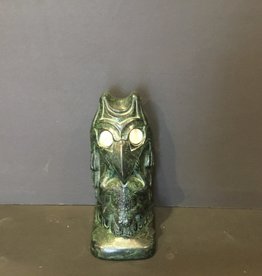 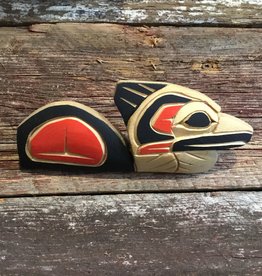 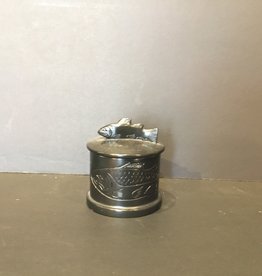 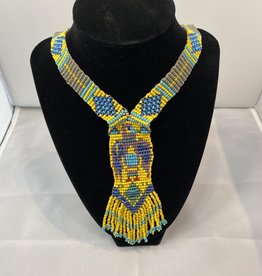