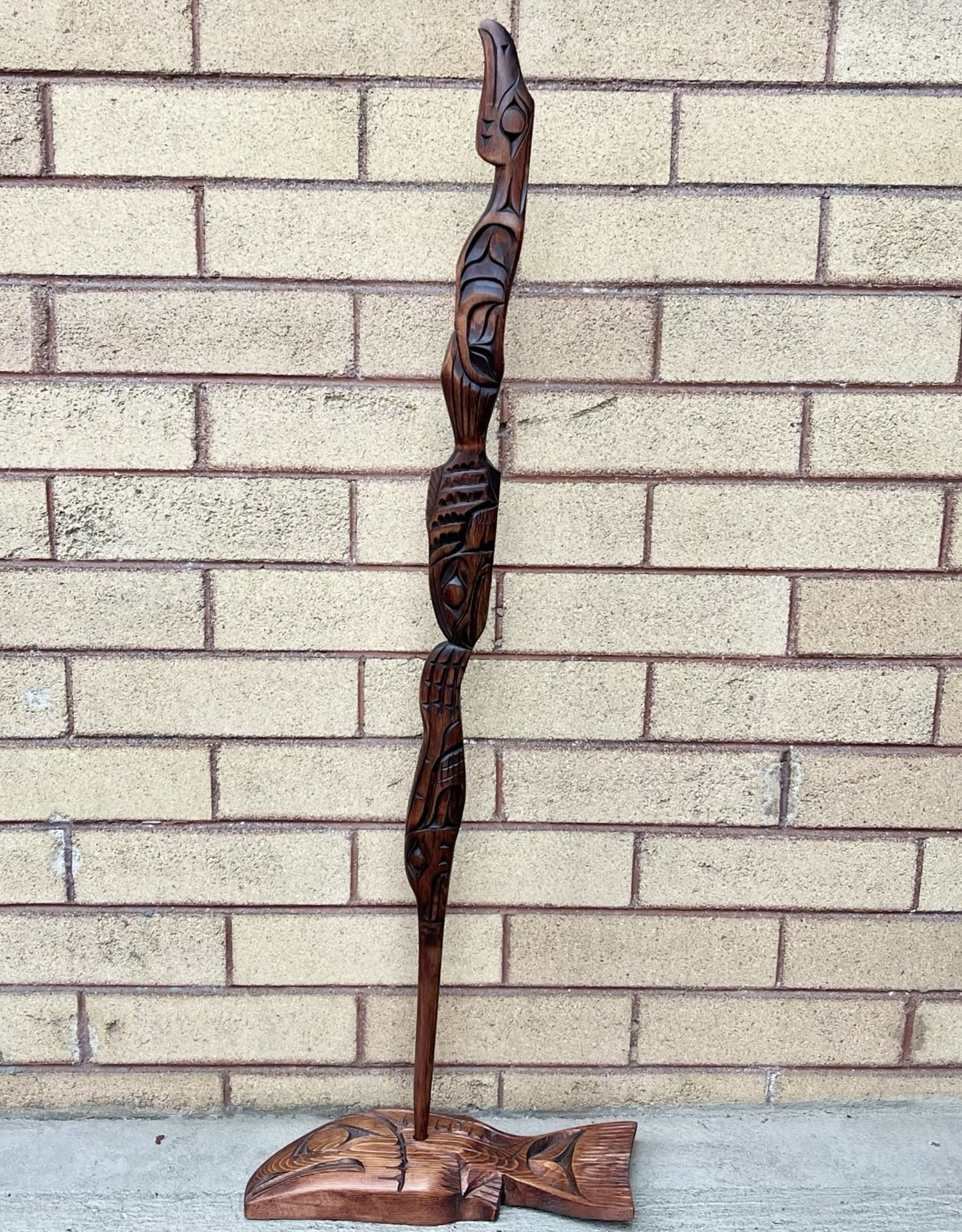 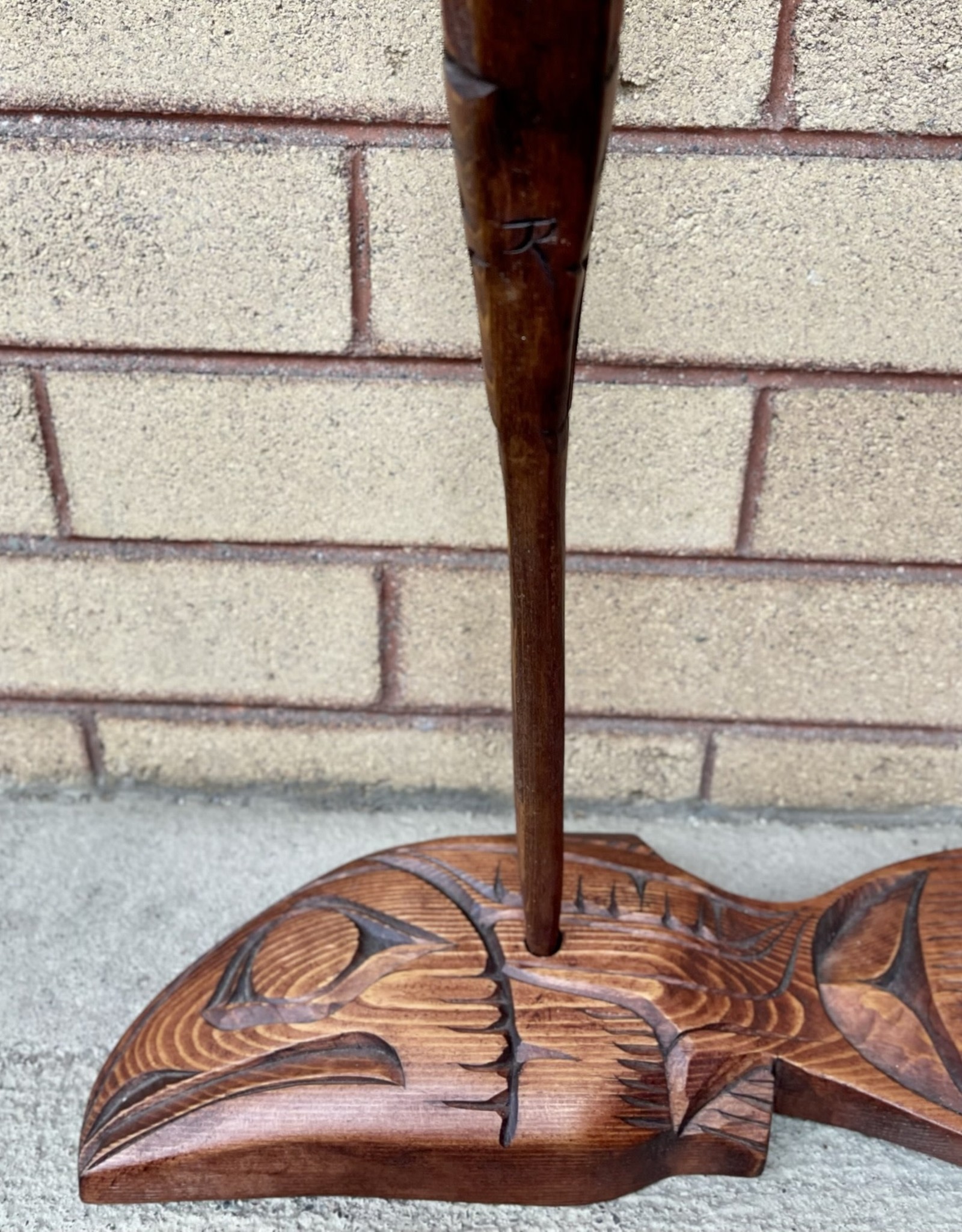 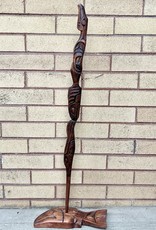 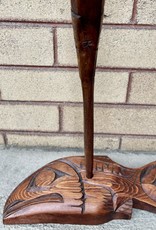 Talking stick resting on a Salmon. This talking stick has a Hummingbird, Salmon and Thunderbird carved into it.
Artist: Jackson Robertson - Master Carver

Talking sticks are most frequently used in council circles, ceremonies and at the beginning of cultural events such as potlatches, and in storytelling circles.

Salmon: "The Giver of Life." Salmon is an important food source for the people of the Northwest Coast and accordingly always treated with great respect, and is often the crest figure for twins. Salmon is depicted with no teeth, but often with the hooked upper jaw associated with spawning salmon.

Thunder Bird: This great bird, living high in the mountains is one of the most powerful of all the spirits, the personification of Chief and protector of people. The flapping of wings was thought to be the sound of thunder, and lightning flashed from his eyes. He is distinguished from eagle by the curled 'ears' or feather tufts on the top of his head. These are believed by some to be power symbols.