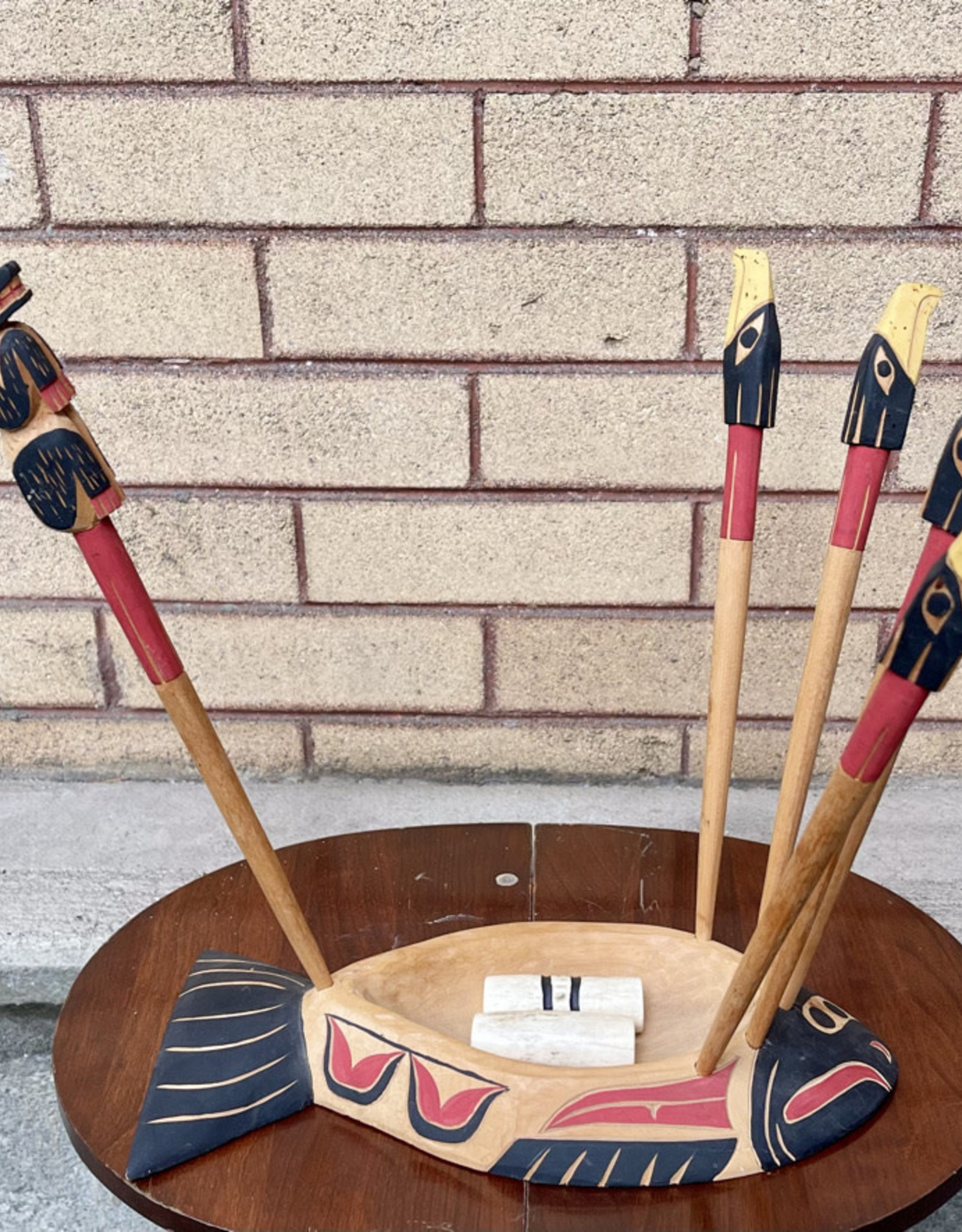 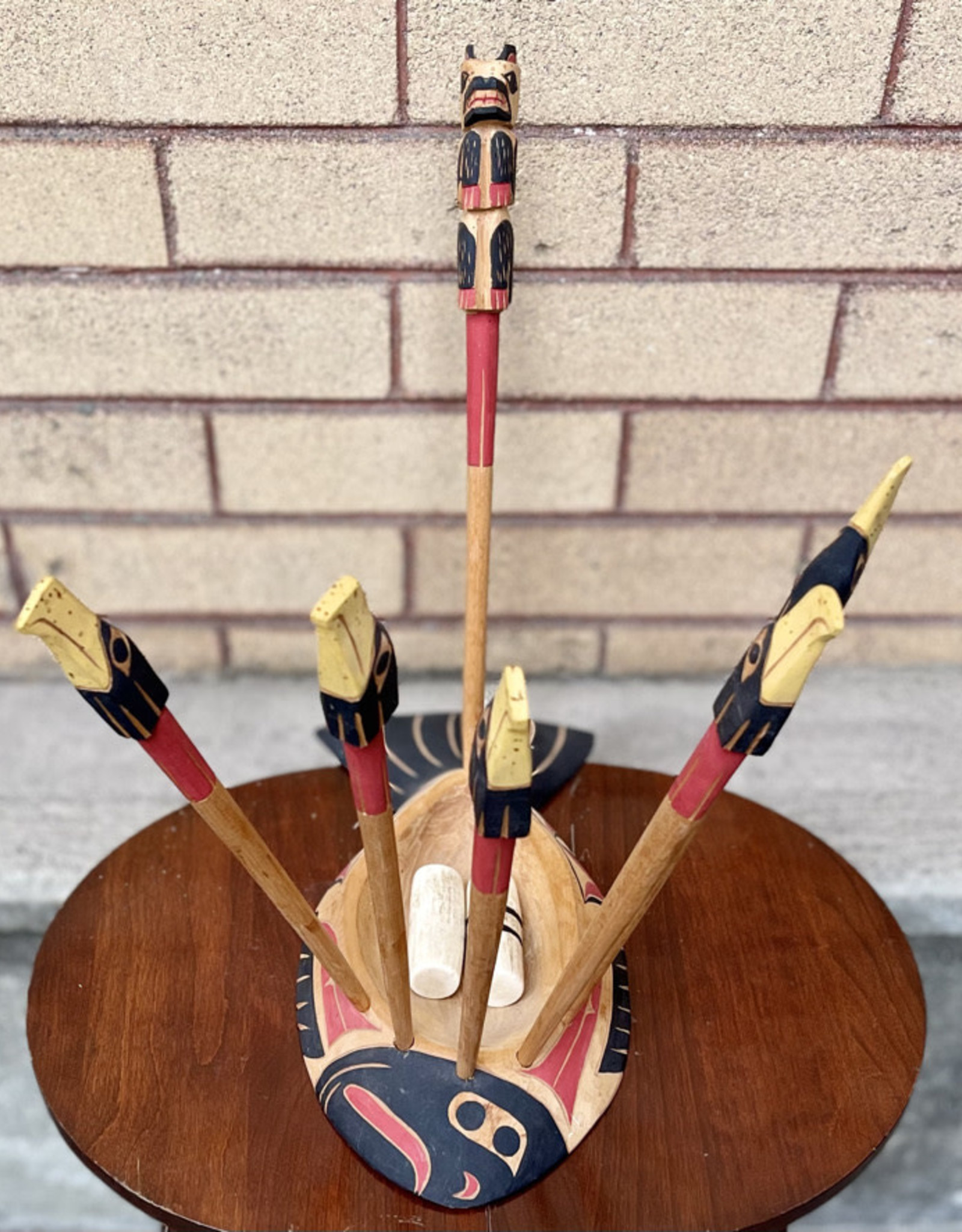 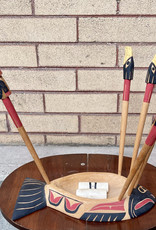 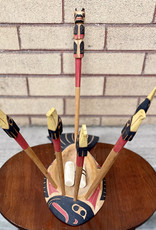 This is half of the game for 1 team only. Full Game requires 11 sticks and 4 bones

Slahal or Lahal is a gambling game played by the Native Americans. The game has other names including Bonegame, Stickgame among several others.
The game is played by two opposing teams. There are two pairs of "bones", one pair with a stripe and one without. The game also uses a set of scoring sticks and in some areas a "kick" or "king" stick—an extra stick won by the team who gets to start the game.
The objective of the game is to gain the stick or bones by the opposing team guessing which hand the bone is in. During the game singing and drumming is used to encourage or distract the active players.