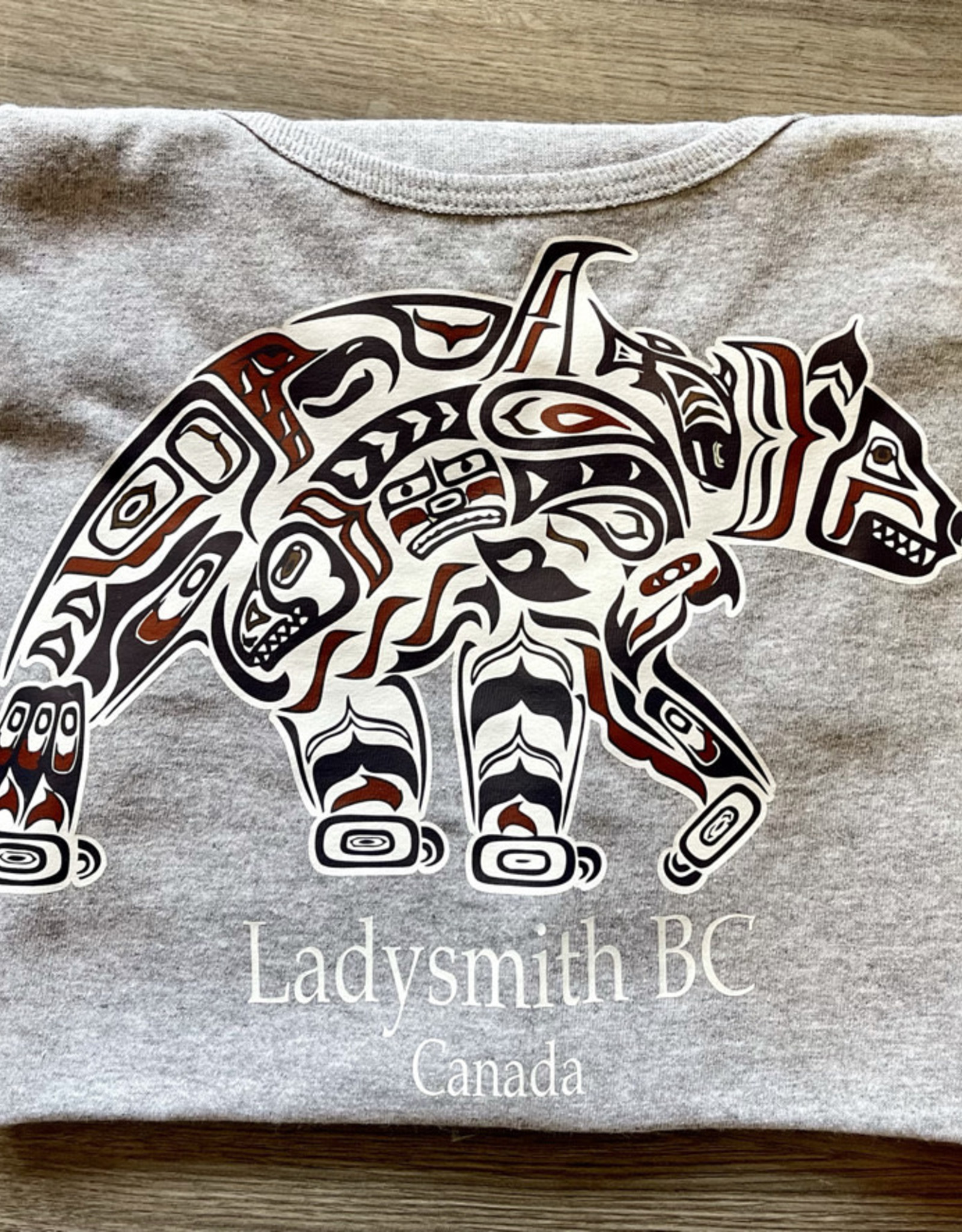 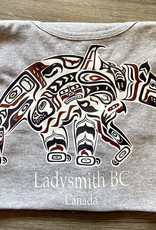 Tank Top
Size: Extra Large
Colour: Light Grey
Graphic: Bear & Orca
Bear: Bear is a great hunter and symbolizes strength and power. Always treated as a high-ranking guest by many of the cultural groups on the coast, it is also known by for its human-like qualities. The characteristics of the bear that are symbolized in Northwest Coast are a short blunt nose with conspicuous teeth, a protruding tongue, small upright ears and claw-like fore and hind paws.