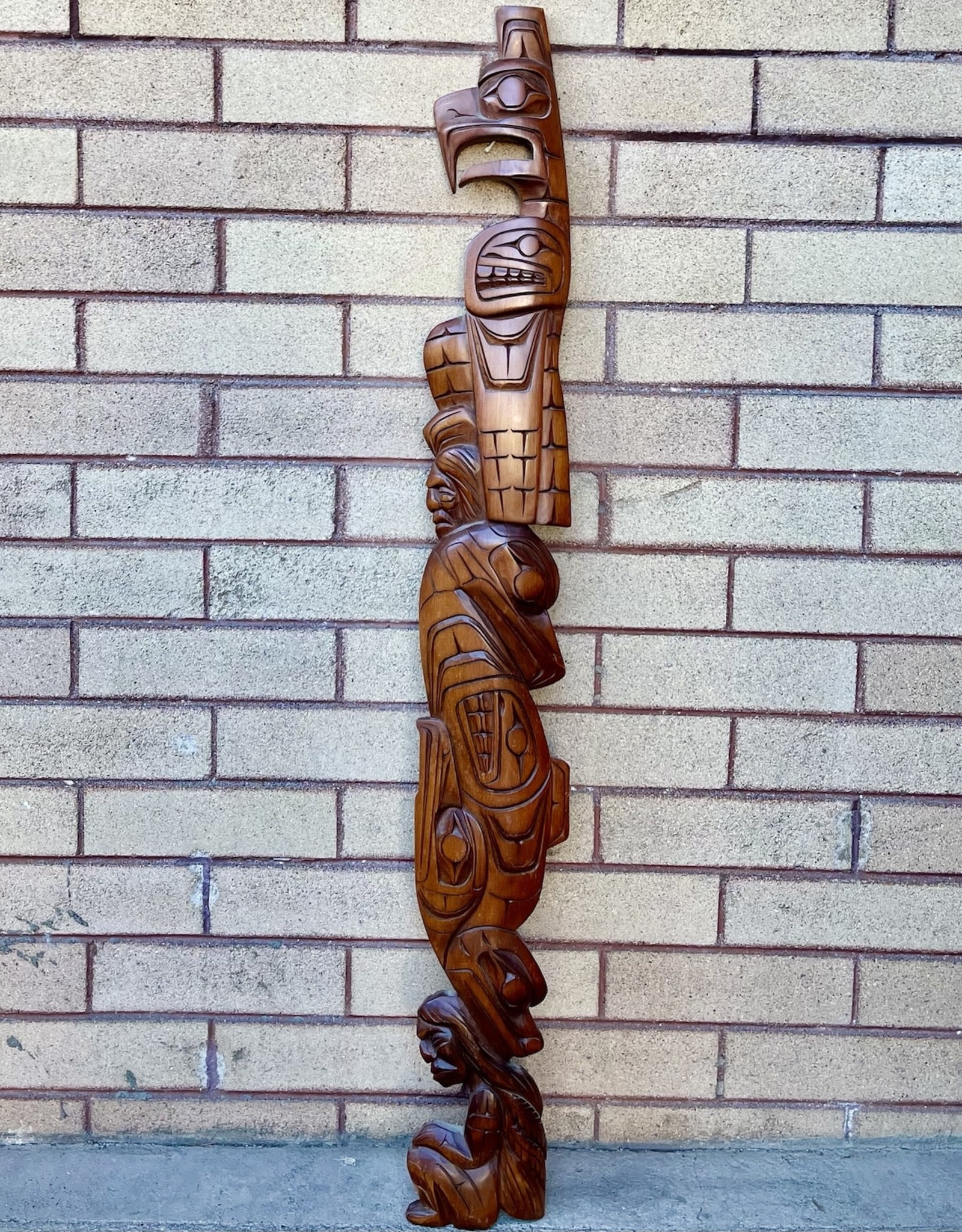 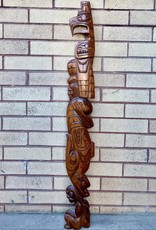 Thunderbird: This great bird, living high in the mountains is one of the most powerful of all the spirits, the personification of Chief and protector of people. The flapping of wings was thought to be the sound of thunder, and lightning flashed from his eyes. He is distinguished from eagle by the curled 'ears' or feather tufts on the top of his head. These are believed by some to be power symbols.

Eagle: Eagle can be a symbol of power. Eagle belongs to the supernatural world and is next in line to Thunderbird. The down from the eagle is a symbol of peace and would be sprinkled before guests in welcome dances. Eagle feathers are used in ritual and as decoration for masks and other carvings. Eagle's beak is shorter than Raven's and has a downward curve. Often the tongue is evident.