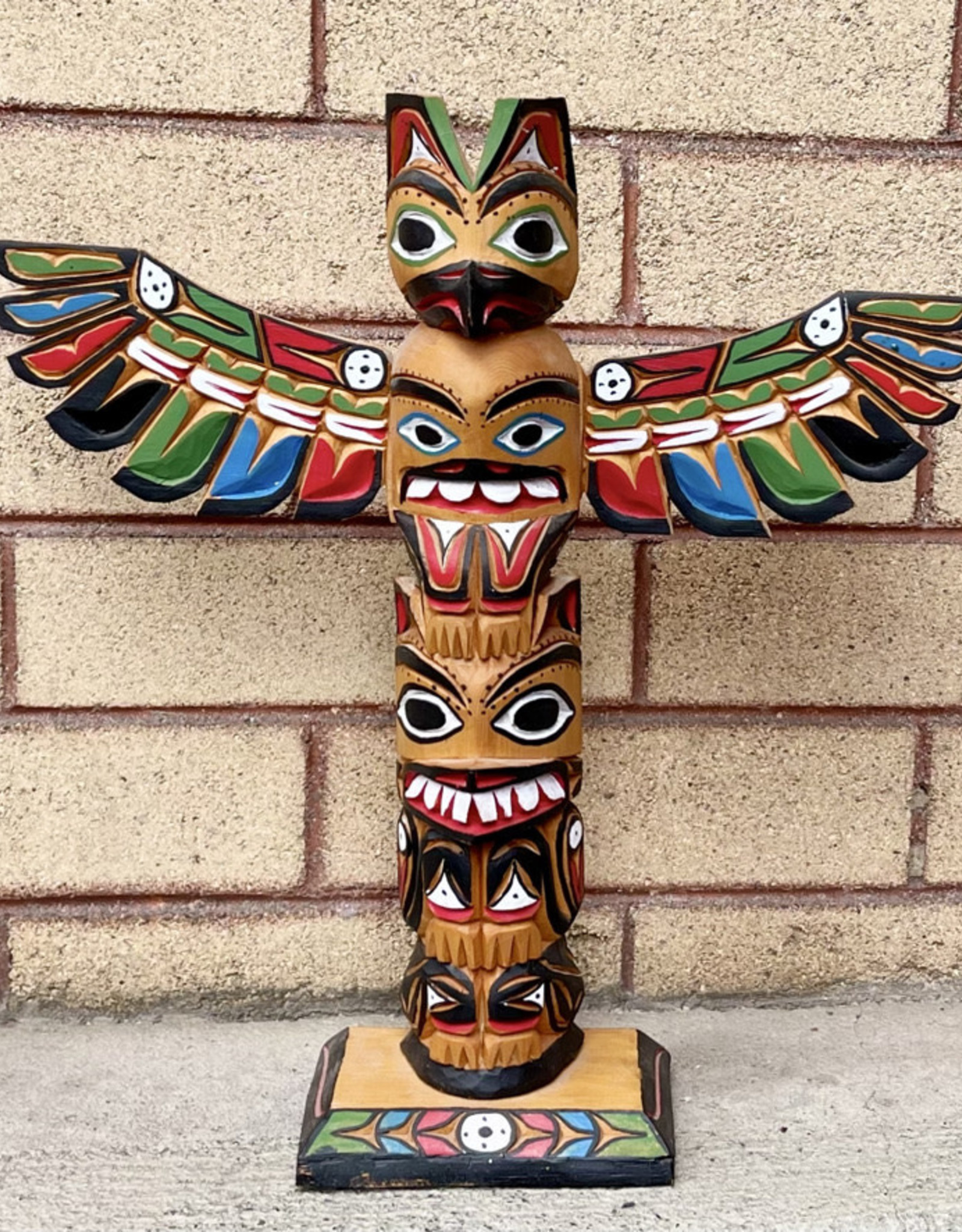 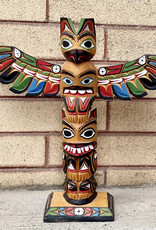 The word Totem refers to a guardian or ancestral being. These beings are generally supernatural or guardians of the people. The beings being carved are not always worshiped but have significant value to the people and their identification leans to the lineage of the head of the household. Totem Poles were created by First Nations of the Pacific Northwest to represent and commemorate ancestry, histories, people, or events and were generally made out of cedar.

Mythology:
Thunderbird: This great bird, living high in the mountains is one of the most powerful of all the spirits, the personification of Chief and protector of people. The flapping of wings was thought to be the sound of thunder, and lightning flashed from his eyes. He is distinguished from eagle by the curled 'ears' or feather tufts on the top of his head. These are believed by some to be power symbols.
Bear: The Bear is a great hunter and symbolizes strength and power. Always treated as a high-ranking guest by many of the cultural groups on the coast, it is also known by for its human-like qualities. The characteristics of the bear that are symbolized in Northwest Coast are a short blunt nose with conspicuous teeth, a protruding tongue, small upright ears and claw-like fore and hind paws.