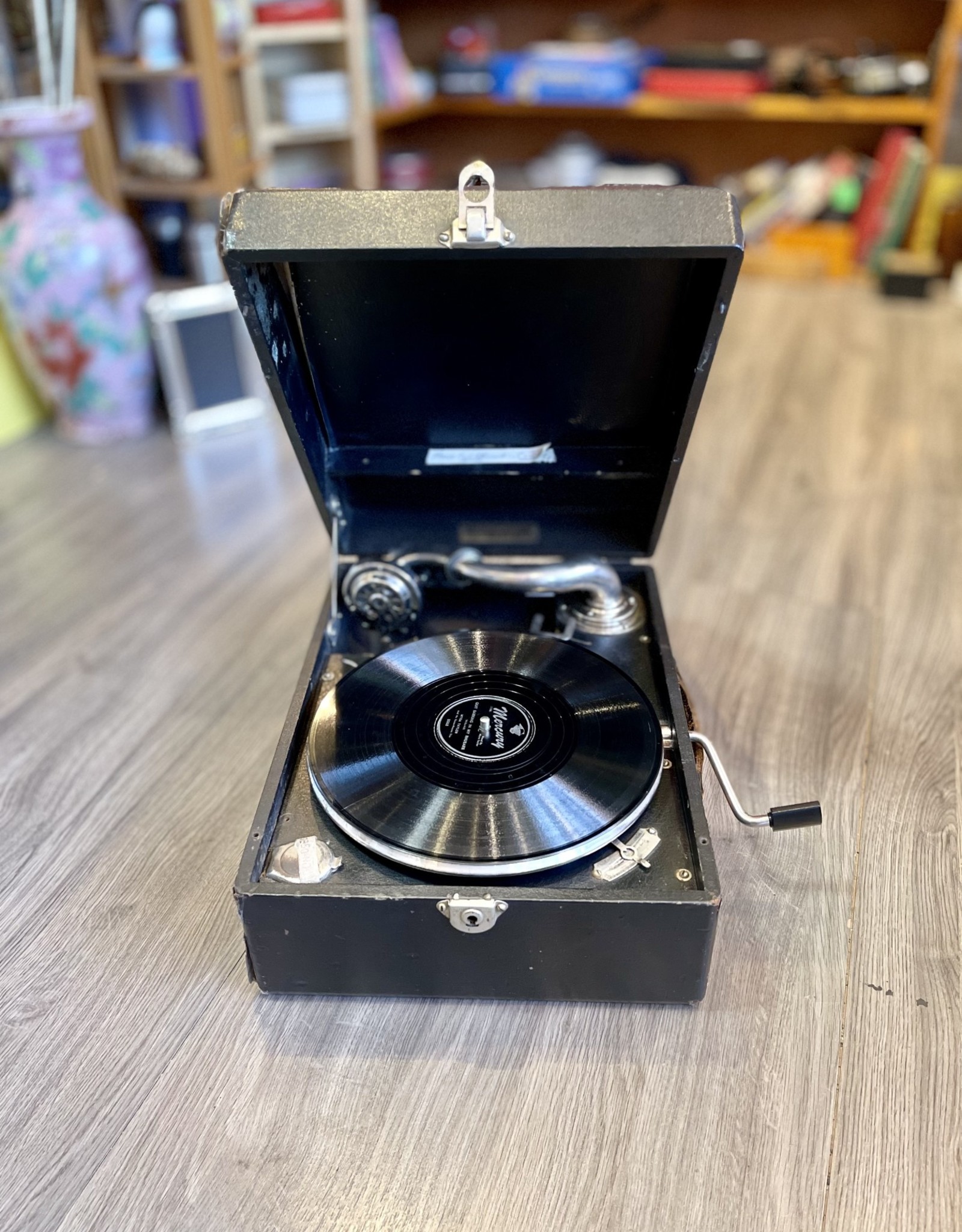 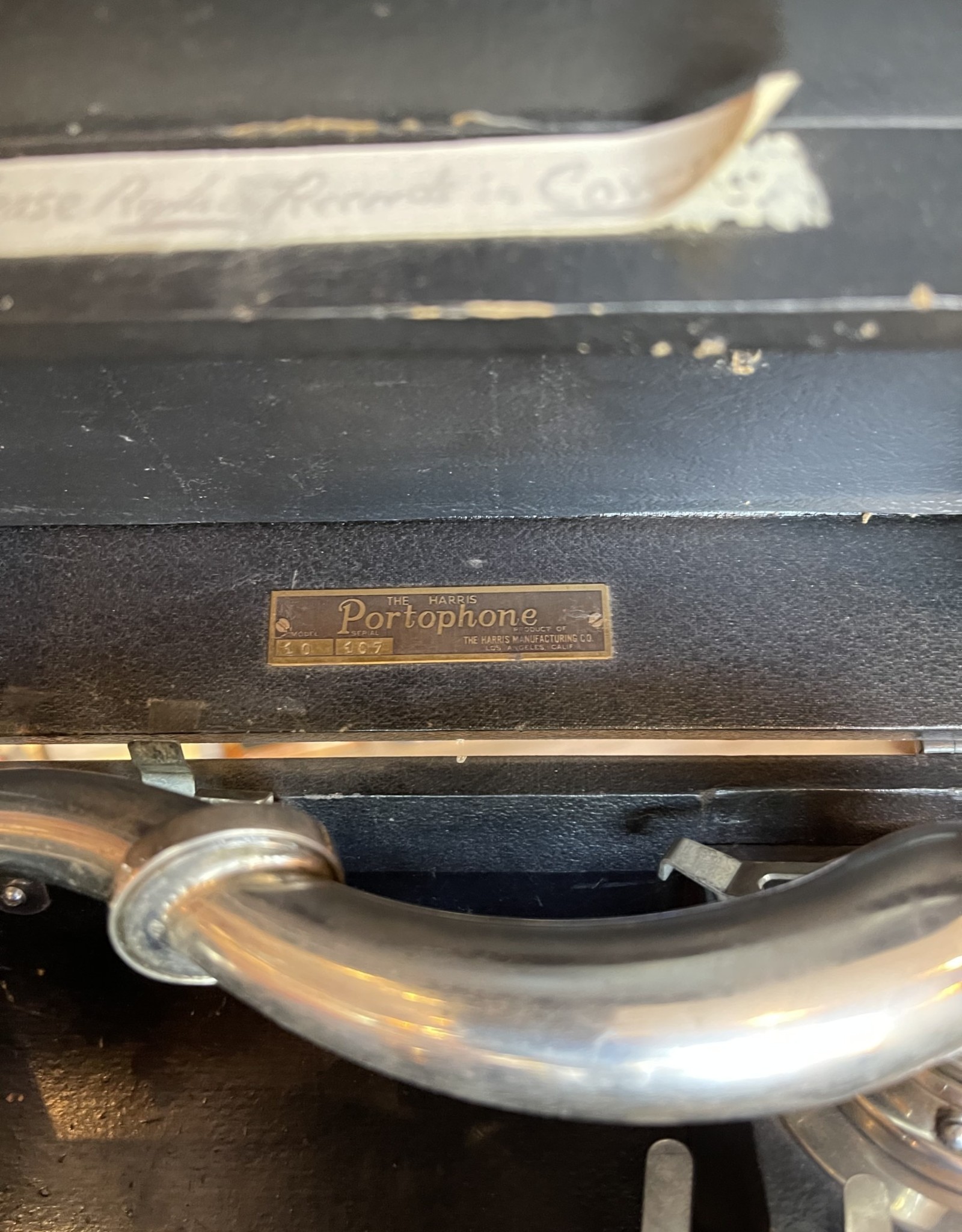 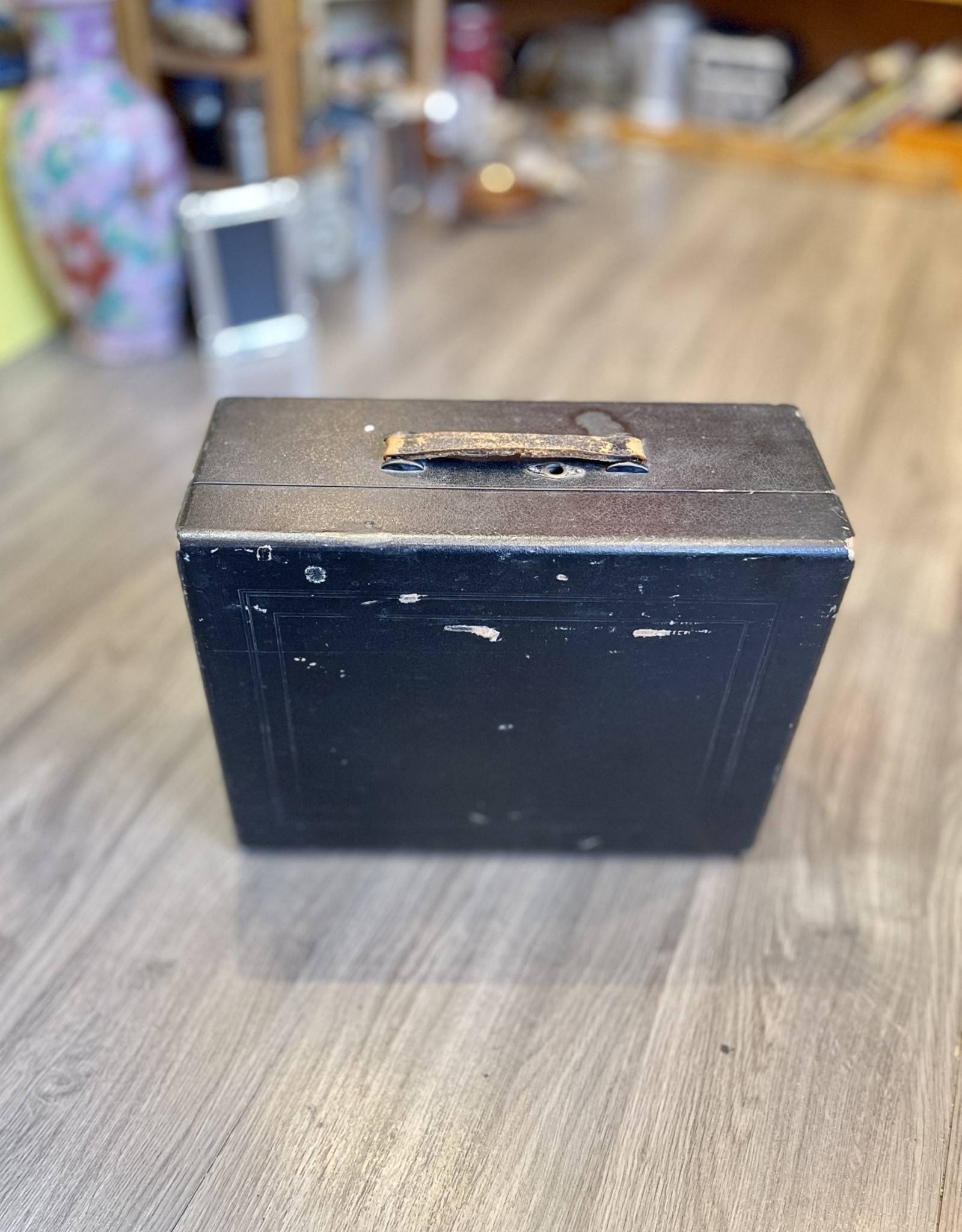 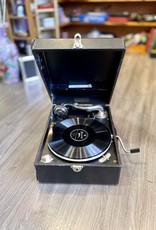 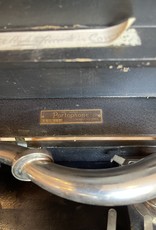 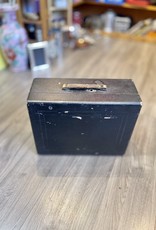 This Portophone was manufactured by Harris Manufacturing Co. in LA California. It was made in the mid to late 1920. This model and brand is a rare item not found online. The Portophone is fully functional: Spin speed end of record brake and crank all work! There are only some minor blemishes on the leather case.

The original patent by Edison and Victor for the Phonographs ended in the early 1920 allowing over 200 companies to start producing the item! These music machines started to be widely used and were heavily advertised to use for travelling, picnics, camping and back porch listening.

The first versions on the Phonographs date back to 1857 and were Experimental mechanisms, the invention on the phonograph is credited to Thomas Edison in 1877. The first recordings where made on a tinfoil sheet wrapped onto a cylinder that rotated and embossed by a vibrating stylus when sounds were being recorded. It wasn’t until 1877 the spiral shaped record we all know and love was invented. This model was produced by Emil Berliner. With this new method a negative could be made so copy’s could be made with the original sound. Improved methods of molding disc records followed in the early 20th century, and by 1915 the 78-RPM (revolutions-per-minute) record, with a playing time of about 4 1/2 minutes per side, had become standard.